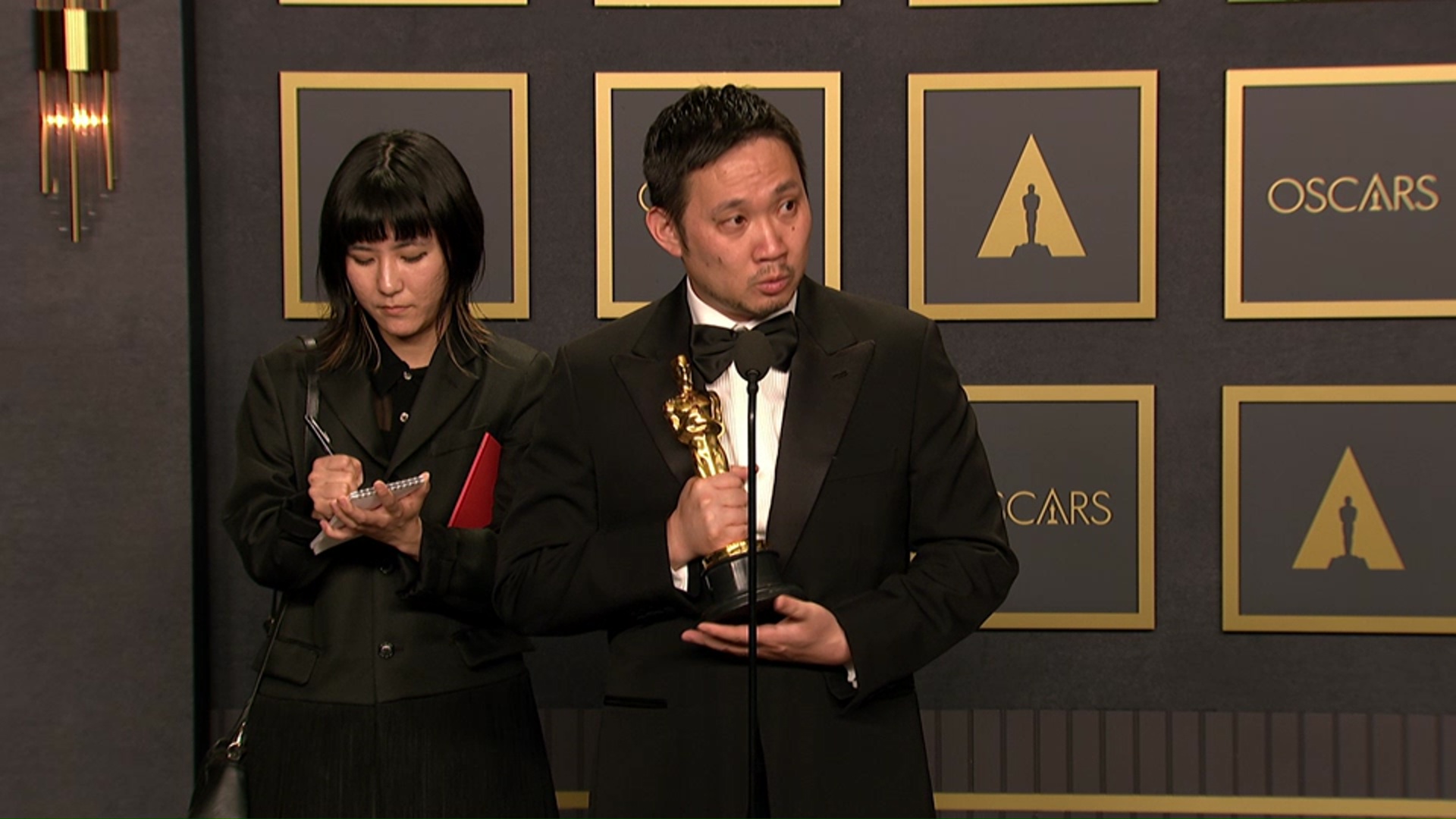 Q.    Congratulations.  Can you talk about casting Perry Dizon in the

choose him as part of a multi-lingual production of Uncle

A.    As a Filipino actor, I auditioned him through Zoom.  And I

realized that he was the most experienced actor, and he has the

ability to be very flexible.  I knew with this production that

we are working with different cultures and there would be

differences, but I thought that I could work with him, and, of

course, I knew he was working with a director I respect very

much, Lav Diaz, and if I can work with him, I'm very happy.

And as a result, I think it ended up being a wonderful film.

question is simply:  Why do you think you could win the Oscars,

language or screenplays and others, so why do you think you can

get a big reputation from our American people?

A.    I think at the end of the day, I think it really comes down to

luck.  I, of course, watched the other nominated films.  They

were all wonderful, so it was a big surprise for me, and I feel

very much lucky to have won.

And, of course, I thank -- I very much thank the Academy

members for seeing something in this film.  And I think there

was something about this film that matched with the change and

the times that we are living through, and, of course, the

Coronavirus pandemic and all of the millions of deaths and

losses that it has caused.  I think this story about loss and

then also about how to live on after this loss, I think this

story somehow resonated with a lot of people here.

Q.    Two questions.  First one about the length of the movie because

a three-hour movie, you know, when people hear it is three

are in it, you can't stop watching it.  But were you nervous

about the time and could it have been longer?

And the other question, quickly, is about Chekhov, and how you

translated -- how you used Chekhov and translated to Japanese

and I understand how people would think it's very long.

However, living in daily life, I think we all realize that time

can feel short or long depending on what you are doing.  Three

hours doesn't always have to feel so long, and I know this as a

film fan myself.  And so through these edits and finding a

three-hour-edit version, I felt that this three-hour version

actually felt the shortest.  If I had made it shorter, I think,

in fact, it could have felt longer, and I think that's the

result of an edit that is fine-tuned.

A.    And so there was already a wonderful Japanese translation of

Chekhov's writing that I used.  It was translated by Masaharu

Ura, and I used a lot of the writing that was already

translated, but, again, I was using film actors, and I think I

needed them to not speak so theatrically, so I did make slight

changes to make the language more natural or colloquial

sounding.  But what I kept in mind was to always keep that

strength that was already inherent in Chekhov's words.

Q.    I just wanted to ask what are the challenges of directing a

A.    I didn't know at the beginning whether this was going to work

or not.  But what I did think was in my head, I thought that it

the actors do not understand the meanings of the words that

they are performing with, I felt that the actors would really

need to listen and watch carefully in order to perform.  And so

that was something I was thinking in my head, and, of course, I

wasn't sure, but then once we were rolling they put on these --

the actors put on a brilliant performance.  But I will say the

difficulty was also working with translators, and I am really

grateful to wonderful translators and interpreters that I

Q.    Congratulations.  As a filmmaker from Japan, your work has been

recognized by the American film world with the Oscar, and your

movie achieved a cross-cultural success.  And what does this

mean to you?  How did you imagine your audience as you were

A.    When I am making a film, I'm not necessarily imagining a

general audience.  When I'm on set, I, myself, am a film

viewer.  I like to watch a lot of films and, therefore, I have

my own standards.  And so, in fact, I'm really thinking about

my own personal standards and whether the filmmaking that I'm

doing is meeting those standards, so in other words the

audience is almost myself.  But at the same time I think

because this comes out of watching many films, I have to

believe that there's someone out there, there's an audience out

there where this film can deeply resonate with them, and that's

something I have to believe.  And I think as a result, it's

been wonderful to see and hear from many people around the