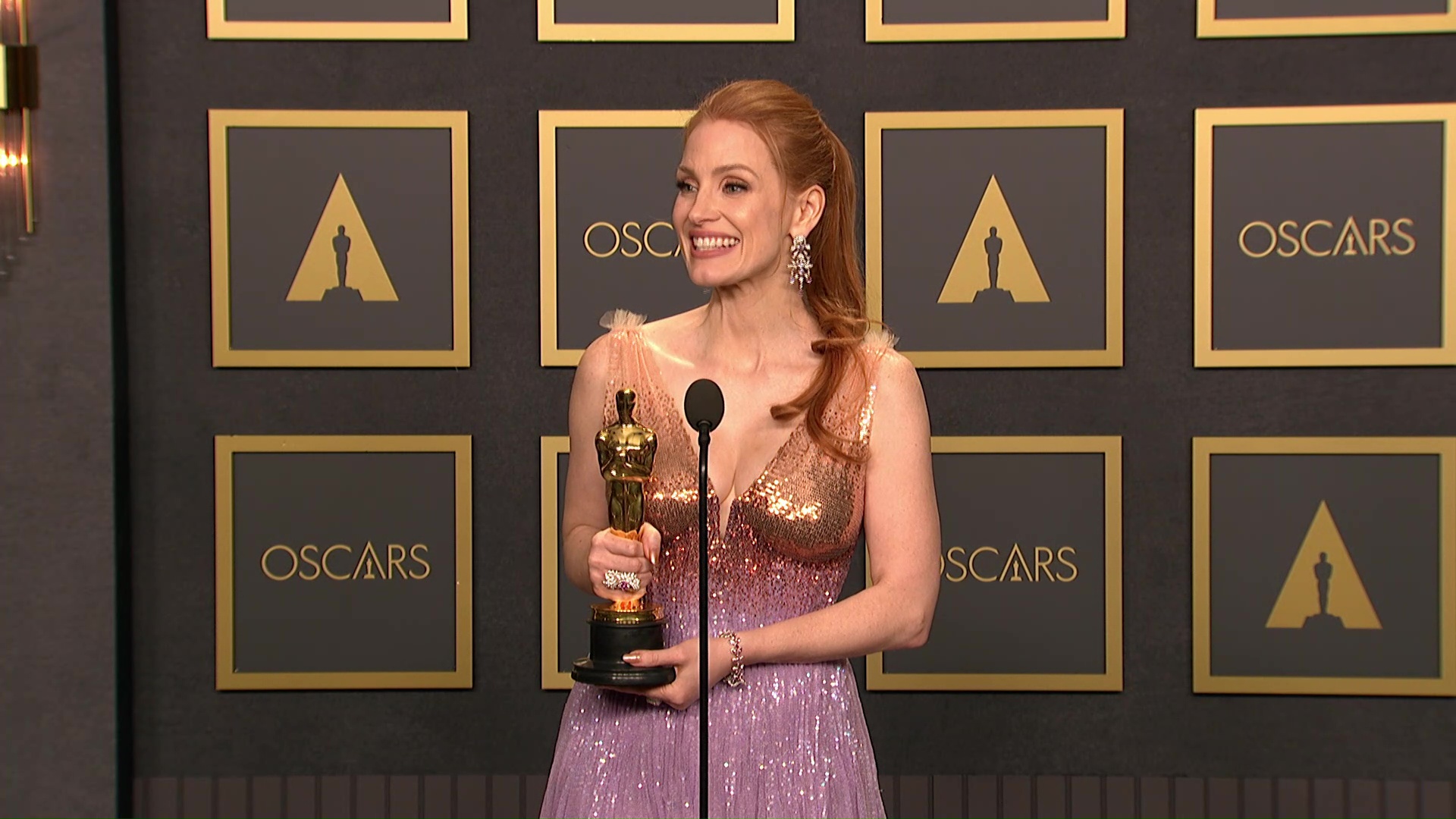 FILM: "THE EYES OF TAMMY FAYE"

Q.    My name is Silva.  I work for television in Jeremy.

Where will you put your Oscar in your home and --

because your speech was so moving.

What did you think about Will Smith's speech?

know.  I feel really -- I still can't understand that I'm

holding an Oscar.  This is the first time I've held an Oscar.

I'm friends with Eddie Redmayne, and I've been to his house in

I felt superstitious, so this is the very first time I've even

held it.  So I have had no thoughts of where it is going to go,

but I will respect it for sure wherever it is.

the rights to tell this story.  And I think that was the first

year I was nominated for an Oscar.  And it was the first

at the awards ceremony in 2012 was the beginning of my career.

And to be here ten years later with a film, I bought the rights

to, that, I kind, of willed into existence is incredibly

Also, it's very special to be part of a film that -- that means

something to me in that it rights an injustice.  And it

reexamines a life.  It is so important to give each other our

flowers when we're alive.  And I feel like we missed that

opportunity with Tammy Faye.  So it is very special to me.

I was texting with her children during the ceremony.  I kept

texting them.  It's a beautiful, beautiful moment.  And it

means so much to me in terms of my profession, but also in

terms of my life and what I'm putting out into the world.

Q.    I have a fun one for you.  Some people on Twitter are saying

that you are the fifth actress in The Help to win an Oscar.

Is that some kind of a lucky charm for you.  And do you

A.    I think that's actually a testament to Tate Taylor and his

incredible skills at casting.  And, you know, he fought for me

to be in The Help.  He really -- I definitely wasn't the

obvious choice for the part of Celia Foote.  I didn't look like

her.  I didn't sound like her.  And he really fought for me for

that role.  And it really goes to show his respect and his

admiration for actresses.  And I think that you can see that in

the careers that the women have had since his films, when you

were at the very, very beginning of our careers.  So, yeah, I

thank Tate Taylor for that.